Xin Liangkun, 53, of Dalian city, created an unique five layered ball in 10 years. He created the ball such that each of the five balls can turn inside without touching the others. In a television documentary he claimed that no one could reproduce the ball. 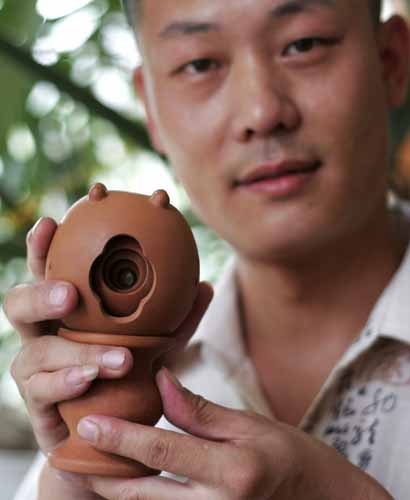 “This ball was my first piece, and only I understand how it was made,” he told a television documentary. “If anyone can reproduce it, I’l give him my three-storey building, and the collections within it.”

Promise is promise but it was not easy for Xin to hand over his home and his prized porcelain collecion. He tried to prove that the replica wasn’t similar to the one he created but unsucessfully.

A court ruled that Xin’s TV pledge has the same validity as a signed contract, and must be fulfilled.

If Xin does not appeal within 15 days he will lose his £100,000 three-storey home and his prized porcelain collection.(ananova)