1963 : After more than two years of the construction of the Berlin Wall by the East Germany, the wall was opened for the first time on December 20 to allow nearly 4,000 West Germans to cross into East Berlin to visit their relatives. An agreement was done between East and West Berlin and about 170,000 passes were issued to the West Berlin citizens. Those passes allowed a one-day visit to communist East Berlin to the West Berlin residents.

The Berlin Wall was constructed by the German Democratic Republic (GDR, East Germany), starting on 13 August 1961. The Wall separated the West Berlin from virtually all of surrounding East Germany and East Berlin until the government officials opened it in November of 1989.

The demolition of the wall officially began on 13 June 1990 and was completed in 1992. The wall also had guard towers along the large concrete walls, accompanied by a wide area that contained anti-vehicle trenches, “fakir beds” and other defenses. 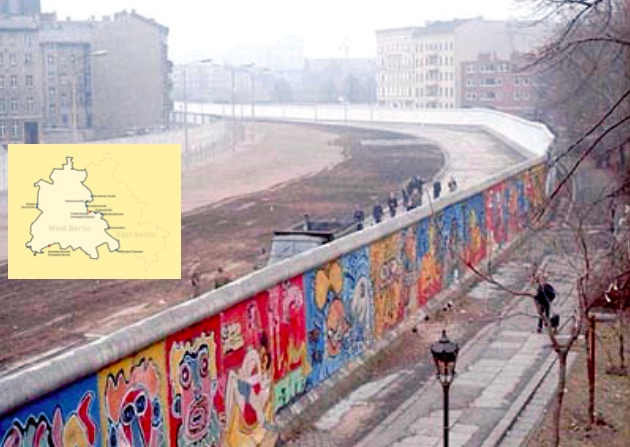 1989 : The U.S. invades Panama in an attempt to overthrow military dictator Manuel Noriega. Noriega had been indicted in the United States on drug trafficking charges. He was also accused of suppressing democracy in Panama and endangering U.S. nationals in the country.

1924 – Adolf Hitler was released from prison. He served less than one year of a five year sentence for treason.

1860 – South Carolina secede from the Union.