The first daughter and the adviser to POTUS, Ivanka Trump, highlighted the challenges faced by women in the workplace and reaffirmed her commitment to gender equality during her address at the Global Entrepreneurship Summit 2017 held in Hyderabad, India. 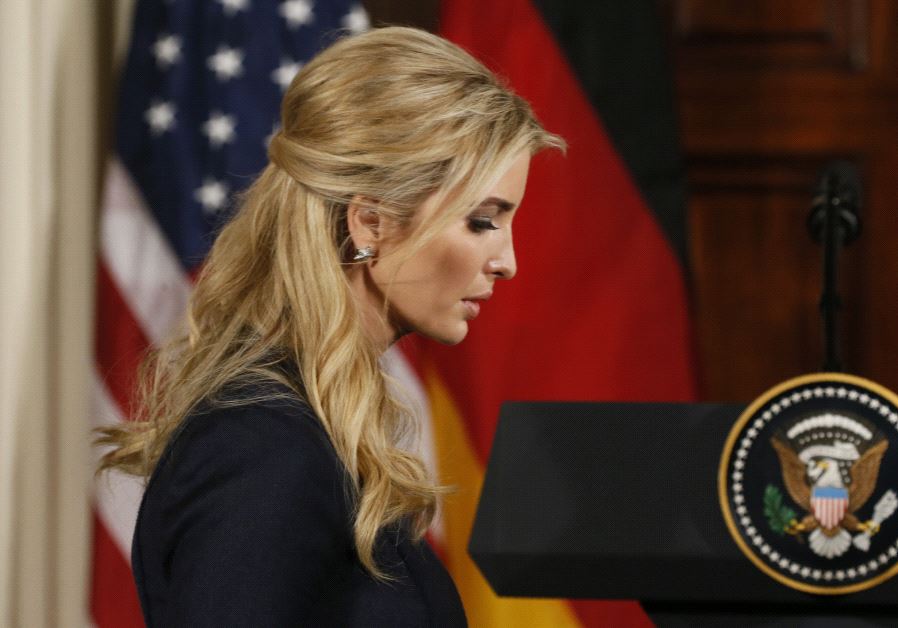 .@IvankaTrump comments on U.S. efforts to fuel entrepreneurship so that Americans can turn their dreams into incredible legacies. #GES2017 pic.twitter.com/YjQ09IoKH7

As for the others, there are mixed response. There are some who say, “Ivanka is beautiful and smart.” Others don’t think so.

Had a wonderful meeting with @IvankaTrump, advisor to @POTUS and leader of the US delegation at the @GES2017. pic.twitter.com/X5XE0UvEq9

Ivana Marie “Ivanka” Trump is the daughter of US President Donald Trump by his first wife, former model Ivana Trump. Ivanka was born on October 30, 1981. She has established herself as an American television personality, fashion designer, author and businesswoman before she was appointed an advisor to the President of the United States, Donald Trump.

She is the fourth generation businessperson who has followed in the footsteps of her great-grandmother Elizabeth Christ Trump, who founded The Trump Organization. She had served as a boardroom judge on her father’s TV show The Apprentice.

Ivanka’s husband, Jared Kushner, was appointed Senior Advisor to the President in January 2017. She began serving the administration of her father in late March 2017. Considered part of the president’s inner circle, Ivanka, was assigned the official, unpaid position after ethics concerns were raised about her access to material while not being held to the same restrictions as a federal employee.

Trump’s first book, The Trump Card: Playing to Win in Work and Life, was published in October of 2009. Her second book, Women Who Work: Rewriting the Rules for Success, was published in May 2017 with the help of a writer, a researcher, and a fact-checker.

In response to Ivanka leading the U.S. delegation to India, supporting women’s entrepreneurship globally, an Indian diplomat was quoted as stating: “We regard Ivanka Trump the way we do half-wit Saudi princess. It’s in our national interest to flatter them.”

The eighth annual Global Entrepreneurship Summit (GES) is being held in Hyderabad, India from November 28-30, 2017. The Summit was inaugurated by the Prime Minister of India Narendra Modi and Ivanka Trump.

This year’s theme of the summit is “Women First, Prosperity for All” to celebrate the entrepreneurial spirit in all its strengths and diversity. There are 1600 delegates including entrepreneurs and investors from all over the world, attending the 2017 edition of the summit.

The participants representing 160 countries from a diverse range of geographies, industries, business size and scalability.

Just think how much better our world will be if ALL OF US, men and WOMEN, are empowered to dream big, aim high, and work together towards a more just and prosperous future. A future where all mothers and fathers can work hard and build a better life for their families – where all boys and girls can go to school, discover their talents, and pursue their ambitions – and where the people of all nations can live and work with one another in dignity and peace. This is the future we can and will build together.