We went to see Calgary Tower last weekend and I am posting some photos and videos of the tower. Thanks to the clouds, we were not lucky enough to see the mountain but the view of the city and the virtually ‘stepping out into’ space on glass floor at a height of 525 ft. was simply amazing. One of my friend took a video (posted below) of the view from the glass floor which is new addition (added in June 2005) to the old tower. 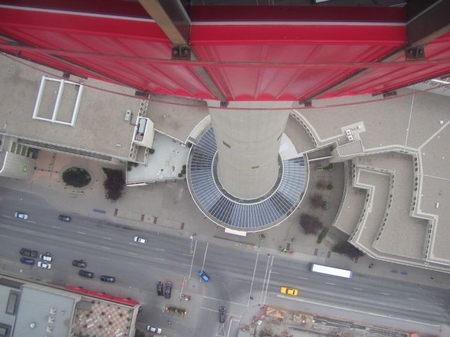 View from the glass floor on the tower (video posted below)

The tower officially opened on June 30th, 1968. The 191 m (627 ft)tower is considered one of the first Towers of its kind, offering the best view of the City of Calgary. At the time of construction, it was the tallest building in Canada, although it was surpassed that same year by the Toronto-Dominion Centre in Toronto, prior to opening. (Don’t want to copy everything, you can visit wikipedia article on the tower for more information).

During 1988 Winter Olympic, the torch lighted on top of the tower made it the World’s Largest Olympic Torch. This and other facts about the tower can be found in the Official Site of Calgary Tower. 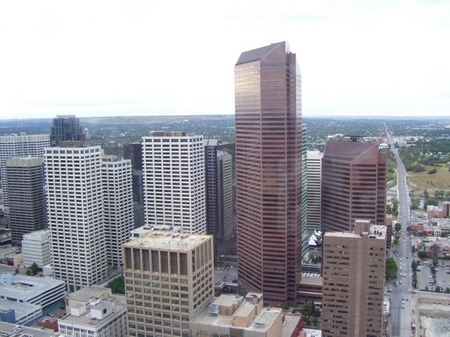 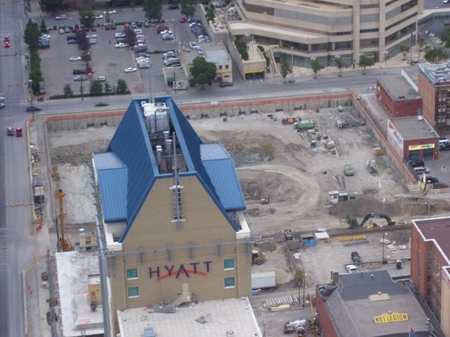 The consturction site of EnCana’s office tower is seen behind Hyatt.
The google map screenshot below shows the site before the construction started. (They sacrificed a road for the construction) 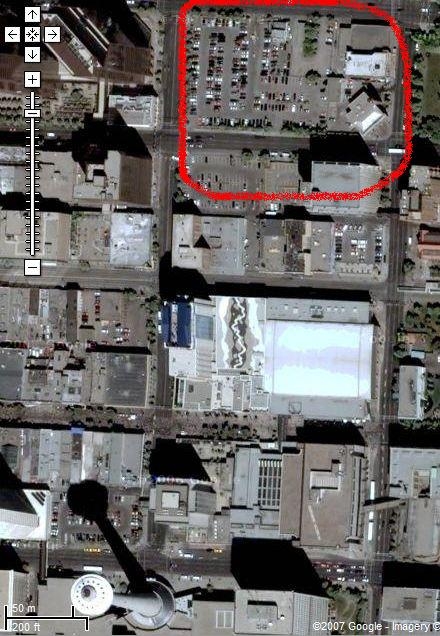 Nice View of the Tower from southern side.