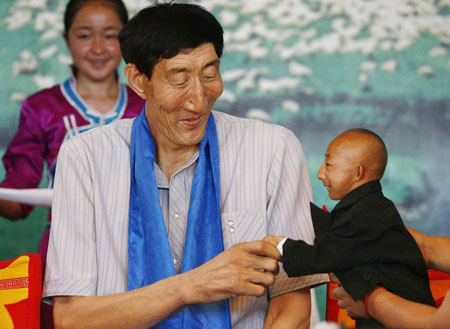 Bao Xishun, the tallest man shakes hands with He Pingping, who is currently aiming for a place in the Guiness Book of Records as the world’s shortest man.

The historic meeting between Bao, who stands 2.36 meters (7.9 feet) tall, and He, who only reaches 73 centimeters (2.4 feet) in height, took place in Baotou, in China’s Inner Mongolia Autonomous Region on Friday. 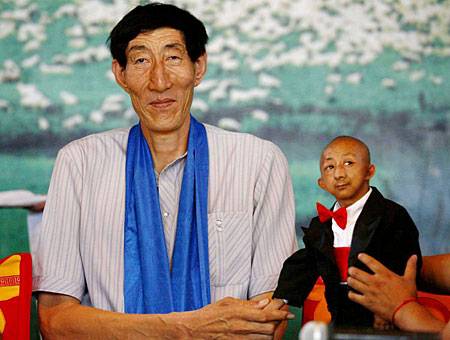 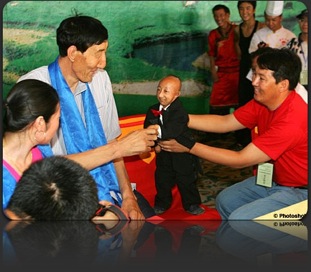 Mr Pingping was born in Wulanchabu city, Inner Mongolia. His father claims he was only the size of an adult’s palm at birth.

He is now seeking to be registered as the world’s shortest man by the Guinness Book of Recrods. He could be in for a disappointment though. While Mr Pingping is 73cms tall, the current holder of the title Lin Yih-Chih was measured as 67.5cm. 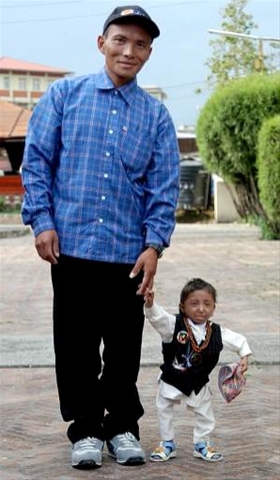 Well, 73 cm doesn’t seem to make the shortest and in another news I found that Khagendra Thapa Magar from Nepal is 14 years old, is only 20 inches (50 centimeters) tall and weights 4.5 kilograms (10 pounds). (china daily ) 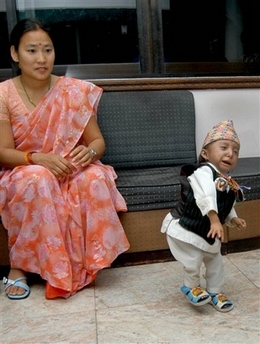