I posted about the marriage of the world’s tallest man in my previous post, Worlds tallest man gets married. But I was surprised to see the same news posted today in offbeat news section of USA today and thought he might have married again. When I went through the news, there was nothing new and it was the same stale news. (EDIT: At least I thought so.)

July 12 – The world’s tallest man has married a woman from his hometown in a traditional Mongolian ceremony.

EDIT: “The couple got married in March but plan to held a wedding ceremony in July.” Well, that was the marriage and this is wedding ceremony! I hope they will have some more ceremonies coming up to keep themselves in the headlines!

Anyway, I found a nice photo of the wedding ceremony by Jason Lee from Reuters and a video link in the news to share with you: 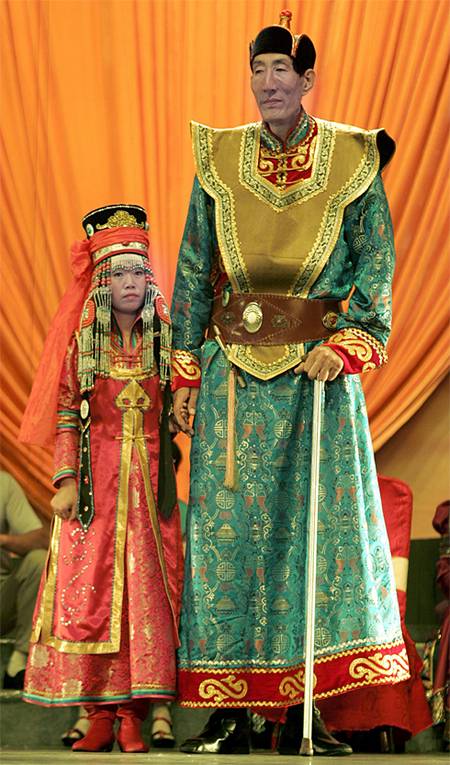 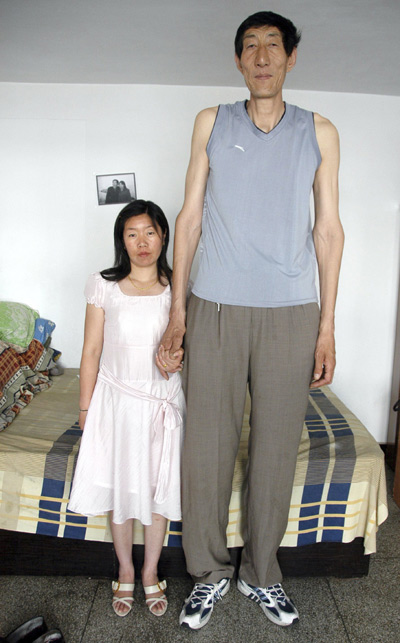 And there is a video of the wedding ceremony if you are interested to see.