Last year it was the tallest man with whom he posed for photograph. Recently he met a long-legged Svetlana Pankratova in London’s Trafalger Square to pose for for the launch of the 2009 edition of the Guinness World Records book, which is published on Wednesday.

The world’s smallest man, He Pingping, is 20 years old and just 74.61 centimeters tall. It is told that the shortness resulted from being born with a condition known as primordial dwarfism. Pingpin is told to be a keen poker player and smokes two packets of cigarettes a day.

According to the Guinness Book of World Records, the long-legged Russian woman, Svetlana Pankratova, has the worlds longest legs. Pankratova, 36, an estate agent from Volvograd, Russia, is 1.96 meters tall. Her legs alone measure 132 centimeters.

Pingping posed for a photograph showing him standing up comfortably between her legs. (Photo Source : WENN) 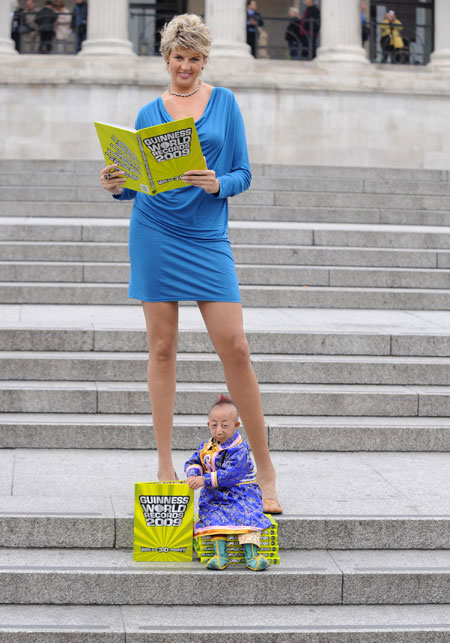