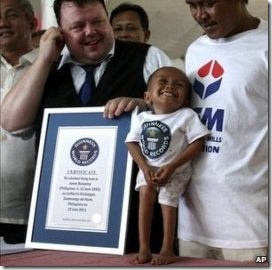 New shortest man in the world in a 59.93 cm tall, Junrey Balawing from Philippines. The previous shortest man Khagendra Thapa Magar, from Nepal was 7 cm taller.

Khagendra became shortest man when he turned 18 years-old some 8 month back.

Balawing is the new record holder of shortest living person. But, he missed to break the all-time record made by Gul Mohammed of India, who was 0.571 m tall at the time of his death in in 1997.

(Photo credits – AP and other sources) 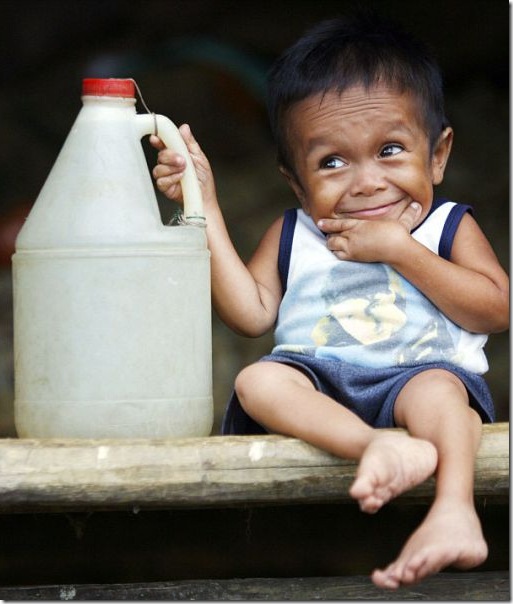 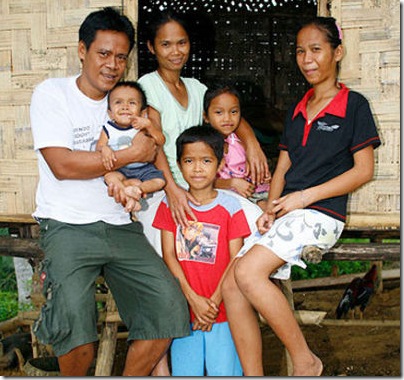 One thought on “Junrey Balawing – New shortest person in the world”