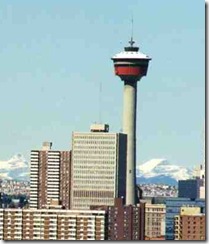 According to the data derived from 2008 personal income-tax returns, Statistics Canada has found that Calgary led other metropolitan areas in median-family income. Calgary was followed by Edmonton and Ottawa-Gatineau.

As the data was based on 2008,  when the people were yet to feel the effects of economic crisis. I suspect, the equation might have changed in the past couple of years.